When Kmart Moved Out, Churches and Flea Markets Moved In 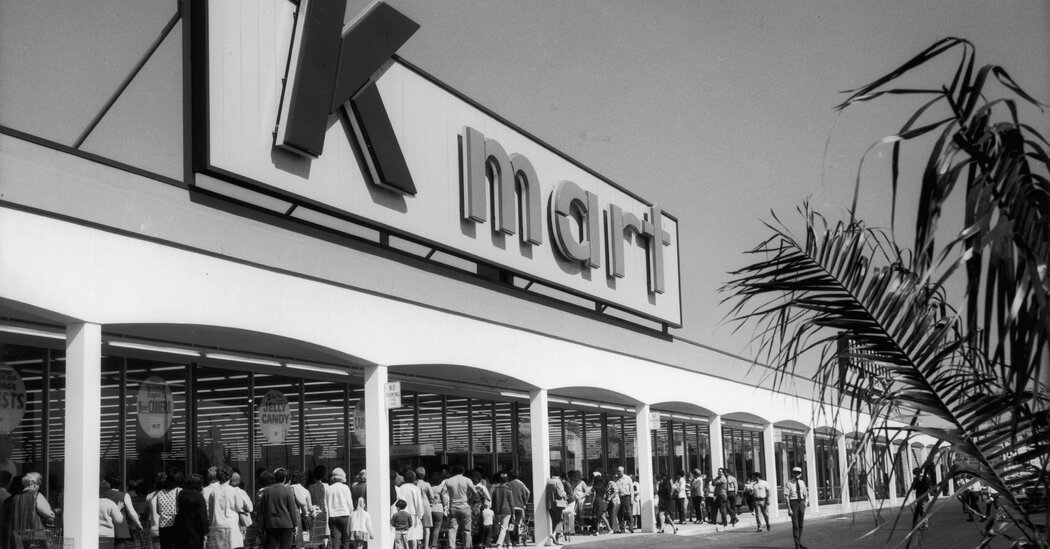 When Kmart opened its first store, in Garden City, Mich., in 1962, the aim was to become an all-under-one-roof retailer. Americans’ shopping habits had gravitated toward the suburbs after World War II, and Kmart was going to cater to them.

Kmart last opened a new store in 2002; since then, it has all been closings. When it merged with Sears in 2005, Kmart had 2,085 locations. With the abrupt closing of the Astor Place Kmart in Manhattan last month, the number of open Kmart stores is down to 17.

For a time, the company’s real estate decisions worked well. But as shoppers moved farther into the suburbs, Kmart didn’t move with them. Kmart continued to build inside beltways and urban centers, even though its core customers were no longer there, a strategy that helped lead to the company’s tumble, retail experts say.

But the retailers’s two-decade slide has transformed the commercial real estate market in unexpected ways, bringing churches, truck washes and self-storage facilities to places that once sold Martha Stewart sheets and Joe Boxer pajamas. Some former sites have been overhauled as flea markets, car dealerships, driving schools and even funeral homes.

Kmart’s decline was hastened after Edward S. Lampert, the hedge fund manager who bought the retailer out of bankruptcy in 2003, merged the company with Sears two years later. The plan was to combine the best of both retailers into one company, called Sears Holdings, but Kmart has shed hundreds of stores since then, leaving landlords holding caverns of empty space. Sears Holdings filed for bankruptcy in 2018, and its assets were sold to Mr. Lampert’s Transformco.

Transformco did not respond to requests for comment for this article.

Real estate experts say the average Kmart store was around 84,000 square feet; some were as large as 120,000 square feet, smaller ones closer to 40,000. Approximately 230 million square feet of commercial footage from shuttered Kmarts has gone on the market, much of it in the past decade, the equivalent of 100 MetLife Stadiums or 50 Mall of Americas.

But unlike other large retail closings, like the sudden shuttering of 800 Toys ‘R’ Us stores in 2018, Kmart closings have been gradual, leaving behind scores of empty shells in disparate locations.

Most Toys ‘R’ Us stores were in retail “power centers,” book-ended by big chains that drew a lot of traffic, said John Strong, an economics professor at the Raymond A. Mason School of Business at William & Mary.

“It was easier to fill those spaces with traditional retailers instead of the alternative users many former Kmart stores have found,” said Professor Strong, who estimated that only about half of the Kmart stores that closed in the five years before the bankruptcy filing had been sold or leased to new tenants.

In cities and towns across the country, former Kmarts are being used by tenants that might not typically get a crack at such a large haul of commercial space at an affordable price. Kmart’s real estate portfolio has turned out to be advantageous to the businesses picking at the retailer’s carcass.

The Kmart in Concord, N.C., was built in the mid-1990s, replacing an old drive-in movie theater. At 180,000 square feet, it was also larger than the average Kmart. It was constructed as a Super Kmart, a belated attempt by the beleaguered chain to get into the grocery business by opening larger stores beginning in 1991.

Because Kmarts are big buildings with a lot of depth, finding a new tenant can be challenging, said George Macon, managing partner at MPV Properties, a commercial real estate company based in Charlotte, N.C. When he heard word about the closing in Concord, he swooped in.

Mr. Macon was looking for a potential site for a client, Elevation Church, a Baptist ministry with 20 locations that was looking to expand further. The church did not need all of the space, so he brought in a bowling alley to occupy another section and has plans to fill the final unused 38,000 square feet with a call center.

The closing of the Kmart in Desert Hot Springs, Calif., in 2019 presented an opening for a drug company looking for space. City officials showed Royal Emerald Pharmaceuticals the empty space to woo it and its 258 well-paying jobs.

“We needed a lab, and we needed it fast for government contracts,” said Royal Emerald’s chief executive, Mark Crozier. “It would have cost us millions of lost dollars in contracts to build a box like this from scratch.”

Royal Emerald was able to get its operations up and running within 30 days of closing. Since then, the building has undergone a $30 million renovation.

“We gutted every inch and started over, except for the shell of the building,” said Mr. Crozier, whose company produces nonaddictive medicines for veterans and police officers. The Kmart sits on 10 acres, and Mr. Crozier said the company planned to add 400,000 square feet onto the facility.

“It’s an unusual location. It is not in a major shopping area,” said Mr. Thorpe, who was puzzled at why Kmart chose to build there, a common refrain among those who have studied the retailer’s real estate portfolio.

Radix Growth Cannabis liked that the location was in a more industrial area. Plans for the facility include indoor cultivation and manufacturing.

Real estate experts say, however, that if Kmart made better location choices, there might still be blue-light specials in places like Antioch.

“The differences in performance between Walmart and Kmart can largely be explained by location,” said Yingru Li, a professor of geography at the University of Central Florida who studies retail location issues.

Professor Li compared Kmart locations with those of Walmart in Greater Cincinnati as part of her master’s thesis. She found it was not pricing, customer service or mismanagement that was the most significant factor for the success or failure of each retailer. It was location.

At the time of her study, there were 12 Kmarts in Greater Cincinnati. Today, there are none. Her modeling correctly predicted the last two to close, which were in more suburban areas and had clusters of businesses around them to provide additional traffic. Her findings in Cincinnati are transferable to other cities, she said.

As Kmart expanded in the 1960s and ’70s, company executives ignored the impact of interstates and never changed course, said Robert Lang, vice president for real estate and general counsel at Kamin Realty Group in Pittsburgh. Competitors like Walmart were staking out prime real estate next to interstate interchanges in the nation’s rapidly growing areas beyond suburbs known as exurbs.

Kamin once had 25 leases with Kmart in cities across the Midwest. Now, Kmarts fill none of the properties, although Transformco is still paying the lease on one.

“When trying to repurpose the buildings, we are already behind the eight ball with the location,” he said. “The second factor is that the buildings by now built in the ’60s or ’70s are very tired, tough to retrofit.” Asbestos can be an issue, and abandoned auto service centers have left behind environmental cleanup issues.

Nontraditional businesses find former Kmarts appealing, but they are usually a “last resort” because they require more modifications, Mr. Lang said. But the first choice is another big-box chain, which simply needs to polish the tile and put up a new facade.

The former retail spots continue to repurpose themselves in surprising ways as the economy changes. What could become the ultimate fit is one of the factors that is hastening the demise of brick-and-mortar stores: e-commerce.

“A lot of these inner-city locations are really good for last-mile delivery for online products,” said Professor Strong of William & Mary, who added that all Kmarts have loading docks that lend themselves well to deliveries.

“The Kmart footprint has lots of alternative uses as opposed to a typical big-box store,” he said.