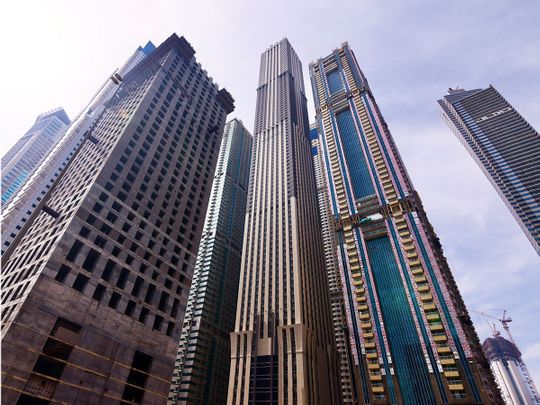 Dubai: The nearly 300 hotel rooms at the Dubai skyscraper Marina 101 will not be selling after all… at least for now.

It was last week these units were placed for auction, with the reserve price set at Dh361.45 million. The deadline for bid submission ended evening on Thursday (May 27) – and without receiving any interest at all. Though no official word has been issued about going in for auction, it is certain that creditor banks to the Marina 101 project – including India’s Bank of Baroda – had placed the hotel units for auction.

The 10-store tower had stopped project activity in 2019 on issues related to the developer’s debt burden, estimated at Dh290 million plus or Dh400 million plus, depending on competing versions. But when the project was stopped, the Dh1 billion development was at the 97.3 per cent mark.

“It’s not been made clear as to why Bank of Baroda or the other banks wanted to go ahead with the auction,” said an industry source who had in the recent past tried to work out a solution that would have seen the project being taken over by a third-party investor-developer. “This was a piecemeal offering – when the only real benefit any investor coming in now would be to acquire the whole project, not just the hotel part.”

Placed for auction was the ground plus 32 floors, which was the area marked for what should have been a hotel when Marina 101 was launched in 2005. (At that time, it was Hard Rock that was to operate the hotel.)

The damp squib response to the hotel auction attempt still leaves property investors in the other 68 floors without any clear solution to what the future holds. Many of them have paid 90 per cent or all of the property value on their multi-million dirham apartments.

“Bank of Baroda is not talking to us – they set up the hotel units for auction because they want to cut their losses and exit,” said one property owner. “This is not how it should be done – us property owners in Marina 101 are willing to finance the project costs needed to finish the balance 2.7 per cent.

“We will definitely take this up with the concerned authorities in Dubai. We believe we have the funds to make it happen.”