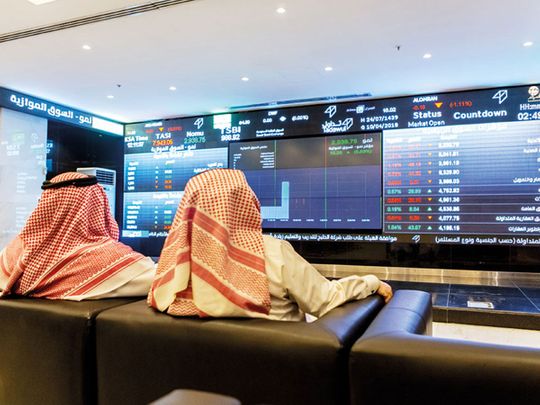 Dubai: Taiba Investment Co. and Dur Hospitality Co. are in talks to combine their businesses, potentially forming a company with a market value of about $2.4 billion in Saudi Arabia’s real estate, hospitality and investment industry.

Taiba, which has a market capitalisation of 5.5 billion riyals ($1.5 billion), operates as an investment company in sectors ranging from real estate and tourism. Dur, valued at 3.5 billion riyals, is mainly focused on operating resorts, housing compounds, and restaurants in Saudi Arabia. Assilah Investment is the top shareholder in both companies.

Opening up to tourism is a key plank of Saudi Arabia’s plans to diversify its economy. The kingdom’s plans include the Red Sea Development, which will oversee a luxury tourism zone equivalent in size to Belgium, an entertainment hub near the capital, and a new city in the north-west called Neom that’s expected to cost $500 billion to build.

Taiba and Dur said the discussions are preliminary and may not lead to a combination. The Public Investment Fund holds stakes in both companies and is part of a push to get firms to combine, creating bigger and more efficient entities.

Last year, the powerful sovereign wealth fund was involved in the merger of National Commercial Bank and Samba Financial Group, the biggest banking takeover of 2020. And earlier this year it consolidated all its stakes in three food companies – Almarai Co., National Agricultural Development Co and Saudi Fisheries Co. – into a wholly owned unit as part of efforts to boost food security.

PIF, as the fund is known, appointed two deputy governors earlier this month as it embarks on a plan to grow its assets under management to $1.1 trillion by 2025 from $430 billion, while also investing $40 billion a year into the domestic economy.

The fund holds stakes worth about $100 billion in listed Saudi companies, including in firms like Saudi Telecom Co., Saudi Arabian Mining Co., and Riyad Bank. It also owns the Red Sea Development, which will target 1 million visitors a year when the entire project is completed in 2030.