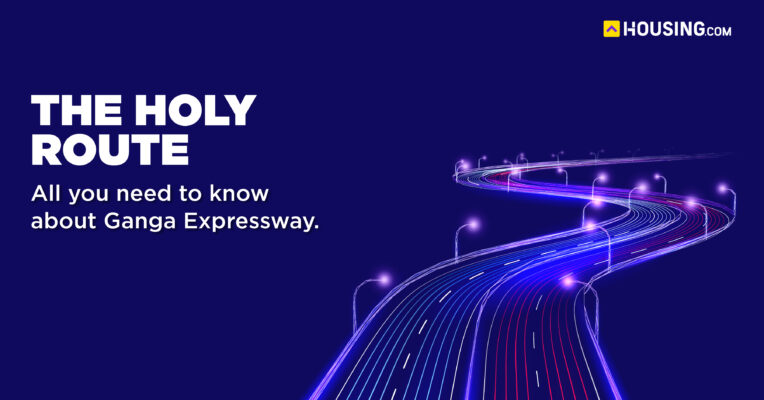 In a bid to improve connectivity to the interior regions of Uttar Pradesh, the Ganga Expressway was conceived as an aspirational project. To be built in two phases, this will be one of the longest expressways when completed. The 602-km Ganga Expressway will pass through a number of districts between Meerut and Prayagraj, via Varanasi. While the land acquisition for the project is underway and the construction is yet to begin, the Expressway is slated to be completed by 2025. To keep up with the timelines, the state government has not stopped work on the state’s expressway projects, even during the state-wide lockdown due to the second wave of COVID-19.

According to reports, the Ganga Expressway project will be constructed at a cost of Rs 36,000 crores and would require 6,556 hectares of land. This expressway would also serve as an emergency airstrip and would be expanded to six lanes, at a later stage.

The 602-km expressway will be constructed in two phases and will pass through following districts:

Also read: Delhi Dehradun Expressway to be operational by 2025

Under Phase II, the expressway will also stretch towards Tigri near Garhmukteshwar to the Uttarakhand border near Haridwar.

See also: All you need to know about the Bundelkhand Expressway

If reports are to be believed, the construction process on the Ganga Expressway has already begun, at Meerut’s Bijnauli, where the road will pass over the Kali river for which the alignment has already been decided. Currently, land acquisition is underway in the area and this is expected to be completed by June 30, 2021. Around 8.5 lakh sq metres of land is being acquired from the farmers for the construction of the expressway.

The National Highways Authority of India has now planned to link the Delhi-Meerut Expressway arm with the Ganga Expressway. It will branch out near Modi Nagar at Zainuddinpur village from Dasna-Meerut section of the Delhi-Meerut Expressway project. This will be a 14-km section, which will give direct access to travellers moving from western to eastern UP. According to the NHAI, this connection will end at Jahidpur in Meerut, which is along the NH-235, to be extended to the Ganga Expressway, another 16-km offshoot. The total expenses to construct this section will be Rs 524 crores.

Where is Ganga Expressway?

The proposed Ganga Expressway is in Uttar Pradesh and will be a six-lane greenfield expressway.

Which is longest expressway in India?

Once completed, the Maharashtra Samruddhi Mahamarg will be the longest expressway in India, at 701 kms.