Regal in its splendor: Jayalalithaa’s House 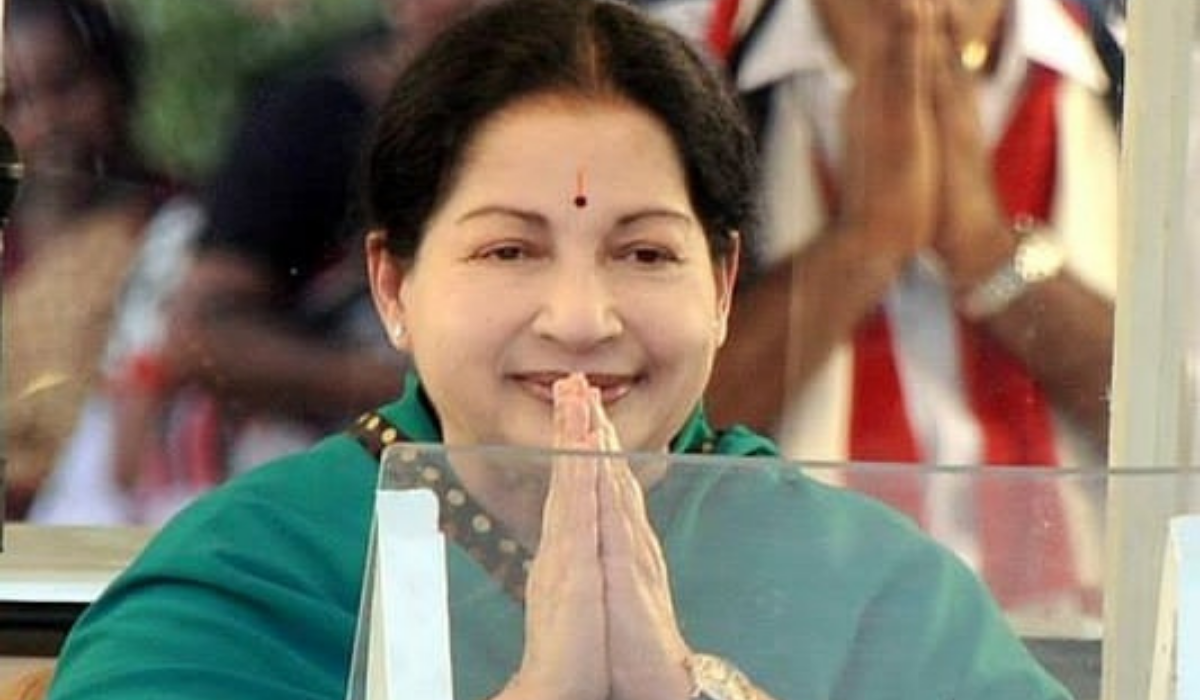 Does J Jayalalithaa require any introduction? Amma, the indomitable politician and much-feted Chief Minister of Tamil Nadu, has left behind a huge vacuum that’s yet to be filled up in the State’s political spheres. Interestingly, her pride and joy, Veda Nilayam, her dream bungalow in Chennai’s posh locality of Poes Garden, is also at the center of several controversies, stories and snippets.

Assuming an average price point of Rs 20,000 per sq ft, which is the going rate in Poes Garden, the 24,000 sq ft property can be valued at a whopping Rs 48 crore! Add to that its interiors, furnishings and other valuable objects and the value stands to rise even further. The actual value was estimated at Rs 90 crore for the entire complex including two buildings sometime earlier. In her last affidavit for the elections, Jayalalithaa stated that the property’s value was Rs 43.96 crore.

In another development sometime earlier, all movable properties at Veda Nilayam were listed by the Government of Tamil Nadu after J Jayalalithaa’s demise in 2016.

32,721 movable items were listed as part of this exercise. They included the following:

The listing will literally blow your minds (it blew ours at least!). On a different note, the Tamil Nadu Government has already proposed the acquisition of the iconic property for its conversion into a memorial to the political icon and leader in the future.

Veda Nilayam- The stories surrounding it

Veda Nilayam didn’t come up overnight. It’s named after Vedavalli, J Jayalalithaa’s mother. The former Chief Minister herself lived in this bungalow for a whopping 35 years prior to her death. In 1967, reports state that Vedavalli purchased this plot for approximately Rs 1.30 lakh. The three-storied building also has classification under the Ryotwari Manai Quit Rent and comes with several mango, coconut and jackfruit trees along with banana trees set amidst sprawling lawns.

The massive white bungalow is situated in one of the poshest areas of Chennai. AIADMK supporters and party workers treated the home as their own temple while it was a fortified castle for the administration and police personnel. The general public called it Amma Veedu or Mother’s Home. The home was always dear to Jayalalithaa and she stayed here right from the time she ventured into politics in 1982. The only other place she preferred staying at times was the sprawling bungalow in the Kodanad Estate in Nilgiris District. This home has seen several important and historic decisions being implemented not just for the State but also for the country. Several luminaries, political icons, leaders and superstars have visited this house. Even superstar Rajinikanth had to wait at times until the Chief Minister’s car drove past, for reaching his house which is walking distance from Veda Nilayam.

Some reports state that Veda Nilayam was one of the first properties bought by Jayalalithaa after her entry into acting in 1965. She became a popular heroine, starring opposite ex-Chief Minister MG Ramachandran and other leading actors of the time. While development commenced on the plot, Jayalalithaa’s mother unfortunately passed away prior to the completion. Hence, the house was named Veda Nilayam after Vedavalli. The house warming ceremony took place in 1972. The ceremony’s invitation was famously printed by Vakil and Sons from Mumbai. The evening’s performance was delivered by none other than Chitti Babu, the famous Veena legend.

The ownership of the house remains shrouded in controversy. Jayalalithaa’s mother transferred her shares in Poes Garden and other properties to her daughter, under the aegis of Natya Kala Niketan. This was an organisation promoting entertainment and dance-linked activities, of which the mother-daughter duo were the chief shareholders. Jayalalithaa’s friend VK Sasikala later became the general secretary of the party and she and her relatives continued using Poes Garden during the Chief Minister’s lifetime and even after her demise. Legal controversies crept up with Jayalalithaa’s brother’s (Jayakumar) children Deepak and Deepa claiming rights over Poes Garden. The family resided at the property earlier but left in 1978 for another house at T Nagar.

However, the Tamil Nadu State Government’s proposal to turn the house into a memorial will finally put to rest the controversies surrounding the iconic landmark in Poes Garden.

Where is Jayalalithaa’s house located?

Jayalalithaa’s house is located at Poes Garden in Chennai.

What is the value of Jayalalithaa’s house?

On paper, it can be anywhere between Rs. 43-50 crore although reports have estimated its actual value at Rs. 90 crore.

When did Jayalalithaa purchase the plot?

(All images have been sourced from fan Instagram accounts of Jayalalithaa )