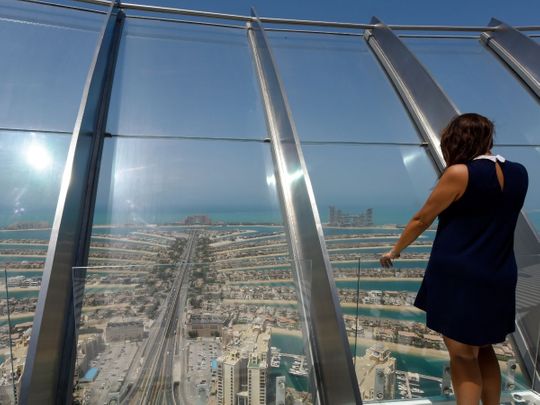 Dubai: For the super-rich wanting to pick up another home in Dubai, the Palm remains the first choice. In fact, six of the Top 10 property deals in Dubai during the first three months of 2021 feature homes on the Palm, with the costliest being a Dh111,25 million one.

In value terms, these six Palm deals totalled Dh339.75 million of the Top 10’s combined Dh546.22 million. Indeed, the Palm has recorded a steady increase in Dh50 million plus deals… as well as homes being rented out for Dh1 million and over annually, according to date from Luxhabitat Sotheby’s International Realty.

In the year-to-date, there is a clear indication of increased activity by wealthy buyers, based locally and outside. More deals could have happened if not for travel and other restrictions that have come in the way of activity because of the COVID-19 situation in some of the markets.

“There is a massive shift of wealth that has triggered an exponential increase in real estate transactions in 2021 compared to previous years,” said Chris Whitehead, Managing Partner at Luxhabitat Sotheby’s. “We have seen a 30-50 per cent increase in transactions on high-ticket properties.”

Away from the Palm, there was a Dh68 million home at Emirates Hills that fetched Dh68 million to be the second priciest transaction between January and end March. A Dubai Hills’ Grove cluster villa was involved in a Dh49.8 million deal, to be placed fourth.

In terms of overall deal volumes, the Palm was again the clear winner, notching up Dh2.7 billion worth of properties sold in the first quarter, well ahead of MBR City’s Dh1.3 billion and Business Bay’s Dh1.2 billion. Again, a lot of this buying is fuelled by end-user interest.

Another big gainer was the Jumeirah beach Residence tower cluster, where deals totalled Dh916 million and 2.7 times higher than in the October-December 2020 period.

Going by the heavy activity over the month of Ramadan, property market sources believe summer could be relatively busy on the sales side. Especially at the top-end of the market, prospective buyers wanting to close out their purchases before values start firming up.

“Luxury and upper-premium homes are the ones with the biggest demand behind them,” said an estate agent. “It’s always been the case with past Dubai property market recoveries – this one needn’t be any different.”