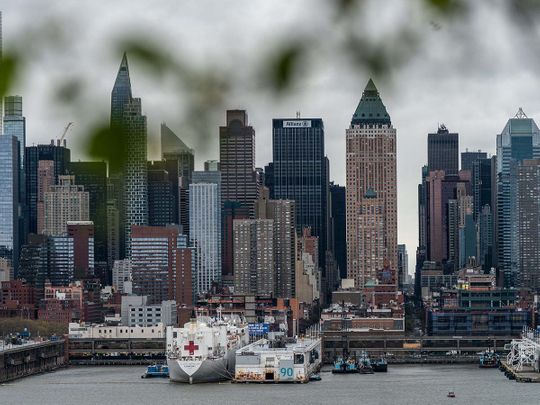 New York: New York City office employees are rushing to grab cheap apartment deals. With rents still falling and empty units piling up on the market, workers – still largely based at home – are trying to score bargains closer to the office for when they do return.

In April, new Manhattan leases jumped six-fold from a year earlier to 9,087, the most for any month in data going back to 2009, according to a report by appraiser Miller Samuel Inc. and brokerage Douglas Elliman Real Estate. Brooklyn and northwest Queens also set monthly leasing records, with new contracts jumping about fivefold in each.

“People are anticipating coming back by September,” said Hal Gavzie, Douglas Elliman’s executive director of leasing. “They realize that prices are still down, I’m going to need to find an apartment, so let me do it now.”

Landlords have struggled to attract tenants throughout a pandemic that’s kept New Yorkers working from home, often in more spacious, less costly locations outside the city. Apartment owners lowered rents and offered perks such as free months and gift cards – yet they still saw the number of empty units swell.

Despite April’s record demand, the number of vacant apartments in Manhattan jumped 5.7 per cent from March to 20,743, Miller Samuel and Douglas Elliman said. The median rent in the borough plunged 21 per cent from a year earlier to $2,791. In Brooklyn, rents fell 18 per cent to median of $2,614. In northwest Queens, an area including Astoria and Long Island City, they slid 16 per cent to $2,370.