Is Dubai’s unfinished Marina 101 skyscraper being placed on auction? 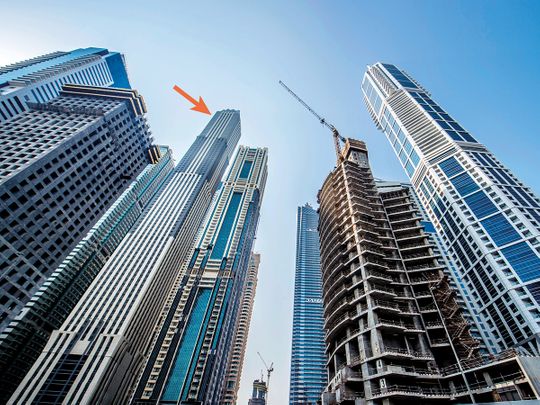 Dubai: Property owners in the Marina 101 skyscraper at Dubai Marina have just received a rude jolt – the entire building has been placed for sale on an auction site. And the reserve price is set at a “astonishingly low” Dh361.45 million for the May 26 auction.

Property owners that Gulf News spoke to say they were not consulted by whoever placed the building for auction. The project, launched in 2005, was 97.3 per cent complete when construction ground to a halt in mid-2019 over the developer’s debts.

“This is a project that’s 1 million square feet of built-up area – to set a reserve price of Dh361 million for a signature development in the heart of Dubai Marina is unheard of,” said a senior industry source who in the past had worked on a revival package for the Marina 101.

“At Dh361 million for a 1 million square feet tower, the price comes to about Dh360 a square foot – that’s lower than what you get in International City.”

As of now, it’s unclear who authorised placing the building on the auction block. Banks have the right – but Marina 101 features many property owners who paid off 80 per cent and more on their Dh1 million plus apartments. Many had received their Oqood certificates as well, which are those registrations done on offplan sales with the Dubai Land Department.

“As far as know, most property owners, including myself, have not given any Power of Attorney to anyone on the apartments,” said Johan, one of the buyers. “Whoever put up the building for auction has not informed the buyer group.”