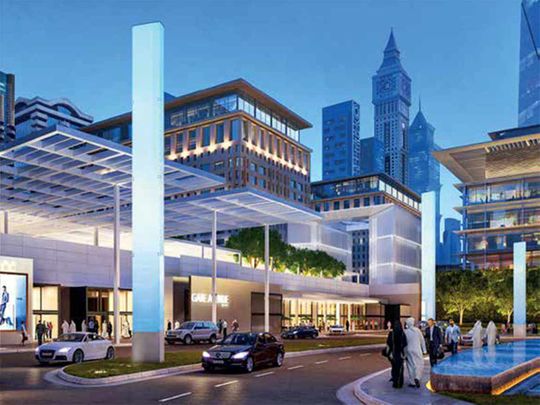 Dubai: In their latest salvo, a group of investors in Emirates REIT are calling for the release of the latest voting numbers on a proposal mooted by the Dubai property fund’s manager.

On Thursday last, Equitativa, the fund manager, said it had the support of 45 per cent of investors for its plan to issue new Sukuk certificates – with maturity in December 2024 – to replace the current ones, which mature next year.

“But what of the latest vote patterns? Why aren’t they letting out the latest count if they are so sure they already have a majority?,” said one of the representatives of the ‘Ad Hoc Group’, which represent investors opposing the move to issue new certificates. The Ad Hoc Group claims the backing of more than 30 per cent of bondholders in the Sukuk – and enough to “block” the new proposal, according to the Group.

The main sticking points, according to the Group, relates to a “lack of transparency” on how the fund intends to pay back the $400 million Sukuk to bondholders. “Does the fund have the liquidity to pay down the obligations or will it have to engage in an asset sale to make that happen?” is how one Ad Hoc Group representative put it.

“Will getting the two-year extension ensure that it will have enough funds to pay out? There is a paucity of information about all such details. Plus, the fund managers are yet to address some of the governance issues we raised – and we are also bothered by the management fee claims put up. These are not proportional demands.”

On Tuesday, Equitativa issued a statement rejecting some of the demands that the Ad Hoc Group had made, and also said a majority of bondholders were in support of the two-year extension.

But one of the representatives of the group had this to say: “They are still articulating the old numbers on early votes (from last Thursday’s statement). Why is it that they cannot come up with the latest if they are so sure of the majority?”