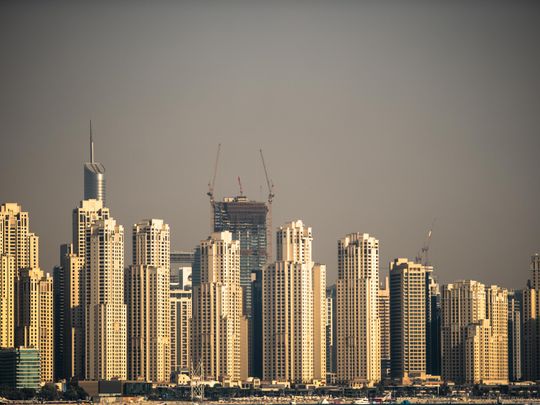 Dubai: Want your landlord to add a rent-freeze clause to the lease contract on the apartment or villa? Tenants are finding this is the one area they are not getting much of a response from landlords.

“We haven’t seen any rent-freeze discussions happening in residential,” said Prathyusha Gurappu, Head of Research and Advisory at Core, the property consultancy. “What’s being offered instead are rent-free periods and that too mostly on a few longer lease term of two years and more.” (The rent-free periods are for an additional month or two in the contract.)

The last 18 months had seen some of the biggest movements ever in Dubai’s residential rental space, with tenants shifting to new homes to make full use of fast dropping rentals. After the pandemic, the shifts were happening to bigger premises, and for those who could afford it, to townhouses and villas.

During this period, rents in most of the popular locations are down to what they were in 2013-14. But many tenants who have shifted want to lock-in their current rentals; even those who decided to stay on want their landlords to give them the comfort of an additional two- or three-year rent freeze.

Because everyone remembers how quickly rents had shot up in 2011-12 after the freefall of 2009-10, when the impact of the Global Financial Crisis was at its peak. Rents during those two years had gained more than 15-20 per cent, even more in certain areas, and which continued right until mid-2015.

Which is why by asking for a rent-freeze clause, tenants are trying to protect themselves from sudden rental hike demands from landlords. Because for the first time in the last four years, there are indications of rents at the most in-demand locations either stabilising or making a few gains.

– Prathyusha Gurappu, Head of Research and Advisory at Core

But landlords on their part don’t want to give any additional commitments, if they can help it. Many of them see it as a chance to regain the ground they lost in the recent past. At best, they are willing to give such a written guarantee to corporate tenants, who want their homes for senior staff or as staff accommodation.

But with individual tenants, the best landlords can do is rent free, not rent freeze. “Currently, there is no provision on the specific number of years the parties are obligated to agree on for the freeze on rent,” said Esraa Rhibani, Litigation Associate at the law firm TLG. “However, if the parties decide on a rent freeze for a specified number of years, they must bind themselves by including such a clause in their tenancy contract.

“This will ensure that both the landlord and the tenant are bound by the law and cannot cancel the effect of such a clause unilaterally.”

But landlords may not have this luxury much longer. Dubai is working on a draft rental law, which guarantees a rent freeze on the first three years of a contract. In a rental market that could be heading up, that would be the best outcome for tenants and landlords alike.

“This will contribute greatly towards stability, as the tenant will be aware of the rental expenses that he/she would incur in the three-year period at the time of entering into the contract and arrange his/her affairs accordingly,” said Rhibani.