Branford, Conn.: Where Life Revolves Around the Water 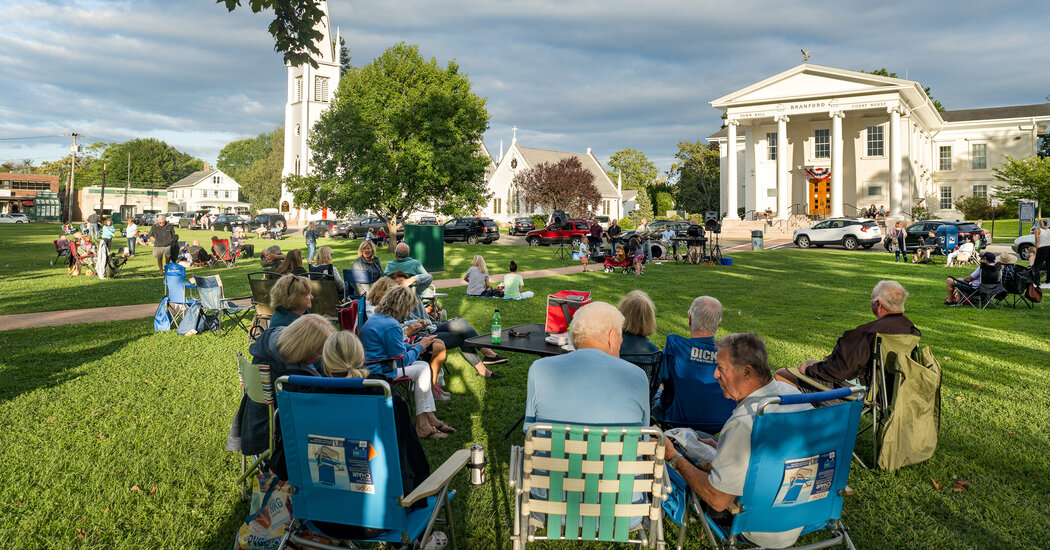 The market is moving so quickly these days that most homes are snapped up as soon as they are listed, Ms. Welch said. The town is particularly popular with employees of Yale University, about 20 minutes away.

“I listed five homes last week,” she said, referring to the last week of August. “All four are under deposit, and I’m getting an offer today on the fifth.”

In late August, about 65 single-family homes were listed for sale. The least expensive, at $199,900, was an 870-square-foot, two-bedroom Cape within walking distance of downtown. The most expensive, at $4.9 million, was a farm property in the Stony Creek area, with a seven-bedroom house and four parcels totaling 63 acres.

Mr. Piscitelli, the agent with Coldwell Banker, said the average list price for the Branford waterfront properties he specializes in is around $1.4 million. That market is the busiest it has been in at least a decade, he said, with so many buyers “coming out of the metro area looking for waterfront retreats.”