All about Jalsa, Prateeksha & other properties 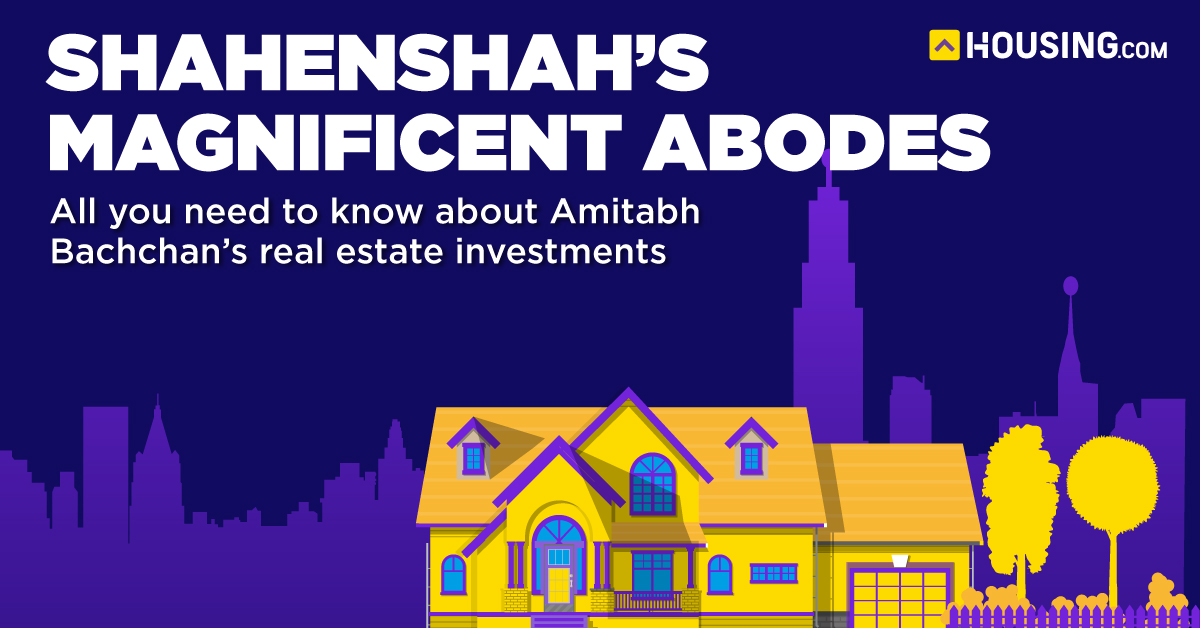 After India was put under a lockdown on March 25, 2020, celebrities increasingly turned to social media to stay connected with their fans and followers. Indian megastar Amitabh Bachchan, too shared a picture of his in-house gym on Instagram, to showcase the fitness regimen that he follows, to stay healthy and in shape. Earlier too, he had shared a small video snippet of his granddaughter in Jalsa, celebrating her graduation. While it seems, Big B has always been fond of sharing beautiful pictures of his current residence, very few people know about his real estate investments in residential properties across countries. Here is a look at Amitabh Bachchan’s real estate investments, the net value of properties owned by him and other interesting details.

‘Prateeksha’ is one of the most famous landmarks in Mumbai’s Juhu area. It was the first property that Big B bought in the city. Located in Juhu Ville Parle Development Scheme, senior Bachchan and his family used to live here but shifted to ‘Jalsa’, after the demise of his parents. Bachchan still visits this property for spending some leisure moments here and he has spent a lot of time in this property.

‘Jalsa’ is a twin-storey bungalow near JW Marriott, Juhu, spread over an area of 10,125 sq ft. The property was handed over to Amitabh Bachchan as a remuneration for his lead role in one of his hit films, ‘Satte pe Satta’, directed and produced by Ramesh Sippy. Jalsa is elegantly designed, combining comfort, warmth and luxury. It has floor-to-ceiling windows, mirrored shelves and uses earthy stone and wood to balance out modern interiors.

Media reports suggest that Big B also has his family’s ancestral home in Allahabad, which has been converted into an educational trust. This was the home where senior Bachchan’s late father and renowned poet Harivansh Rai Bachchan spent most of his early days.

Apart from this, the Bachchan couple also owns a lavish bungalow in Brignogan-Plage, France. Reportedly, his son, Abhishek Bachchan also owns a palatial villa in Dubai’s Jumeirah Golf Estates. This villa is spread over an area of 5,600 sq ft and carries a price tag of around 35 million dirhams.

Recently, Big B purchased a 5,704-sq ft duplex apartment in Andheri, in the western suburbs of Mumbai, for Rs 31 crores. While the purchase was made in December 2020, the property was registered in April 2021, for which the superstar paid Rs 62 lakhs as stamp duty, at 2% of the property cost, under the Maharashtra stamp duty reduction scheme. Bachchan brought the property in Crystal Pride Developers’ Atlantis Building at Andheri west. The property is reported to be on the 27th and 28th floors of the under-construction 34-storeyed building. It also includes six mechanised parking slots.

Not just luxurious bungalows, Big B also owns a number of flats in various parts of the country. This includes two apartments in Juhu and one in Gurugram. Big B’s wife, Jaya Bachchan also owns two apartment properties in Bhopal, Madhya Pradesh. It was in 2013, when his daughter-in-law, Aishwarya Rai Bachchan bought a luxury flat in Skylark Towers in Worli on the 37th floor, for Rs 5 crores. After two years, in 2015, the former Miss World bought another five-bedroom property in Signia Isles for Rs 21 crores.

Where is Amitabh Bachchan house?

Amitabh Bachchan’s house is in Juhu, in Mumbai.

What is the name of Amitabh Bachchan house?

Amitabh Bachchan stays in Jalsa, which is located next to JW Marriott.

How much is Amitabh Bachchan’s house worth?

Where is Amitabh Bachchan house in Allahabad?

Amitabh Bachchan’s house is on Clive Road, in Allahabad.