All about Bollywood’s evergreen diva Rekha’s abode in Mumbai 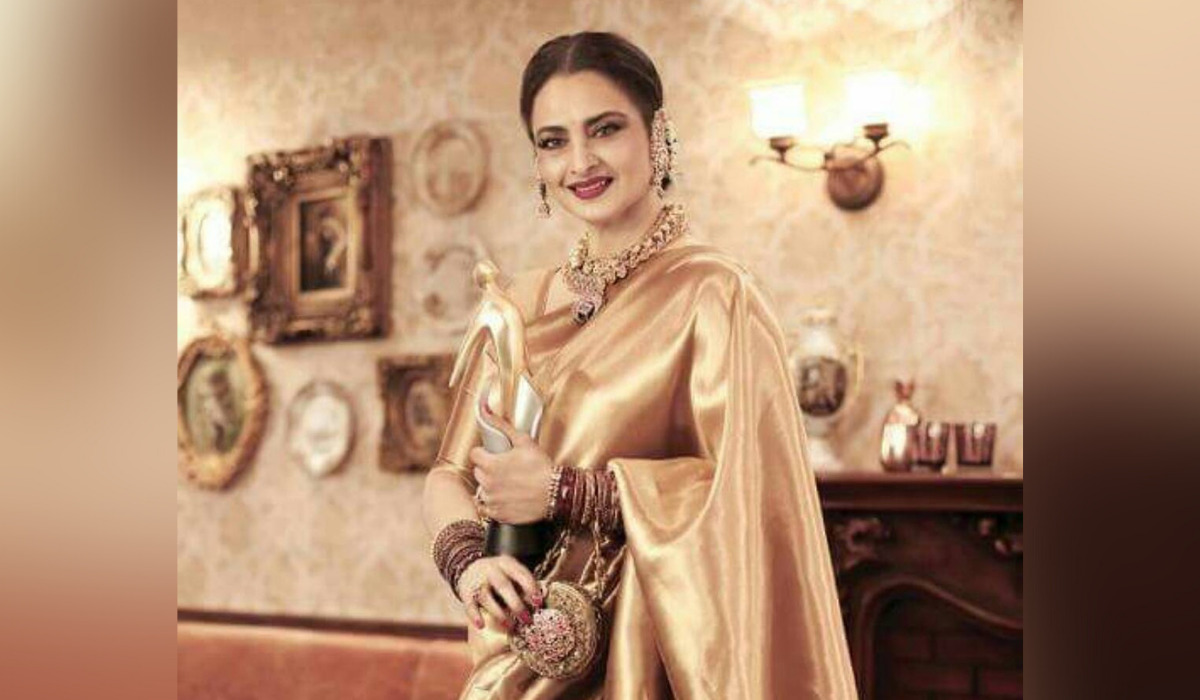 Bhanurekha Ganesan, the evergreen diva of Bollywood, is popular as ‘Rekha’. One of the finest and versatile actresses of the Indian film industry, Rekha started her career as a Tamil child actress. She has appeared in more than 180 films in a career spanning 40 years. She prefers to be a mystery woman in the industry and this is also observed in the interior and exterior appearance of her house.

As mentioned by Rekha in most of her interviews, she desired for a ‘home’, where she meant to have a bunch of loving people and a calming environment. She fulfilled the dream of purchasing her own home in an upmarket location of Bandra – one of Mumbai’s posh localities. Even though she lives alone, for her, living alone does not mean being alone.

Rekha avoids public appearances and rarely gives interviews. It is quite rare to get a glimpse of this evergreen diva even on award shows. She spends most of her time alone, relaxing and doing things she prefers to. While many Bollywood celebs love to show off their luxurious abodes, Rekha prefers to maintain a private life, away from fans and the media.

Rekha’s bungalow lies between Shah Rukh Khan’s Mannat and Salman Khan’s Galaxy Apartment. While fans can get a glimpse of their favourite Khans on their balcony, on special occasions, getting access to the doorstep of the glamorous Bollywood actress is near to impossible.

Restricted by barricades of bamboo and foliage, very few close friends have been allowed inside the residence. When someone asked her the reason, she firmly replied that it is not an open house and she chooses whom to invite. Moreover, she is a single woman and a celebrity and so, her security means a lot. While she has a reclusive lifestyle, she has also admitted that no one desires the life of a saint and she does have a fun and interesting lifestyle. Her independent lifestyle is quite evident in her way of living and the aura she carries along.

Where is Rekha’s house located?

Rekha’s house is located in Mumbai’s Bandra Bandstand between the residence of Shah Rukh Khan and Salman Khan.

Why is the house not properly visible?

Rekha’s house is surrounded by thick bamboo walls and foliage.

Which popular Bollywood personalities reside in the same area as Rekha?

Some of the popular personalities living near Rekha’s Sea Springs are Shah Rukh Khan, Salman Khan, Aditya Pancholi, Zeenat Aman and Jackie Shroff, among others.