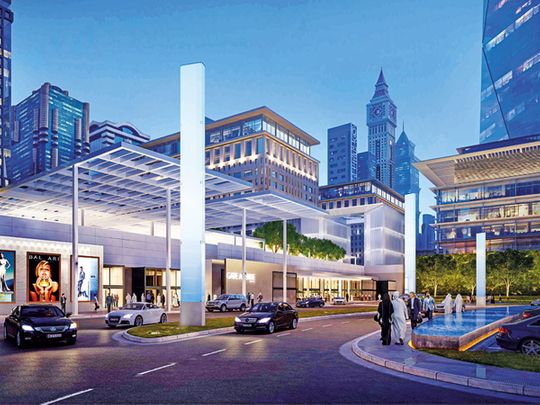 Dubai: After taking a Dh897 million loss for 2020, the Dubai-focussed real estate fund Emirates REIT is pinning hopes on a quick turnaround this year. The losses were brought on by an “unprecedented” markdown in the value of its investment properties.

Emirates REIT also confirmed it will be cutting its management fees by 20 per cent from this quarter all the way up to end of the year, which will be of some relief to the fund’s clients. The fund manages the GEMS Academy campus as well as the Index Tower at DIFC, one of the signature high-rises in that free zone.

“Emirates REIT assets have witnessed a larger than normal drop in valuation due to the high volatility and lack of certainty of the real estate market,” said Abdulla Al Hamli, Chairman at Equitativa, which is the fund’s manager. “We trust that such volatility will recede and that following the decisive actions of the UAE government, the market is already on a fast recovery trajectory.”

The last two years have seen real estate investment trusts – essentially property funds – go through some tumultuous times in the UAE. It had forced others to delay their launch plans for REITs, while Al Mal Capital REIT went ahead with an IPO last December on DFM. The float generated a fairly healthy Dh350 million, but still lower than the Dh500 million the promoters initially had their eyes on.

As for Emirates REIT, rhe “greatest impact of COVID-19 was witnessed in October 2020, during which the occupancy and income fell to its lowest point,” it said in a statement. “However, from November 2020, the REIT’s income has begun a market recovery and only increased.”

This is what’s prompting the talk that this year will deliver that much needed improvement. Sylvain Vieujot, Executive Deputy Chairman and CEO of Equitativa, said: “Despite strong downward pressure on the market, our resilient property portfolio performed well, demonstrating its enduring value with each new and renewed tenant lease. We are particularly pleased with portfolio occupancy and longer-term leasing trends among our leading properties, as in the case of Index Tower which contributes so significantly to our overall income.

“Having completed our earlier announced external review, led by global investment bank Houlihan Lokey, regarding strategic options for our portfolio, the Board believes Equitativa is now in a stronger position to confidently move forward with an improved operational structure necessary to deliver greater value to its shareholders.”