A look inside Diljit Dosanjh’s simple and yet, lavish home 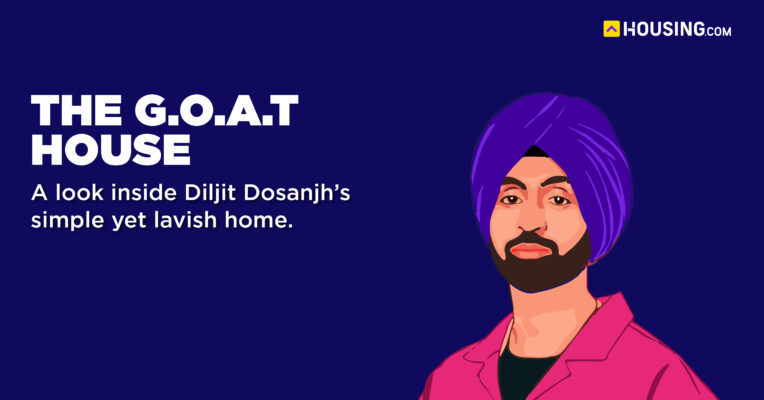 If there is one regional artist who has made his presence felt in the Hindi film industry, it is none other than Diljit Dosanjh, the Punjabi actor, singer-songwriter and television presenter. With some of the most successful Punjabi and Hindi movies and songs in his kitty, he has managed to earn a fan following, not only across India but also in Canada, USA and Australia. Dosanjh has invested in a number of active property markets including California and Toronto, while also investing in Ludhiana, his native town in Punjab. Here is a sneak peek inside Diljit Dosanjh’s modern home, which is nothing short of a marvel.

Inside pics of Diljit Dosanjh’s home in USA

Diljit Dosanjh’s home is a double-story duplex, with wooden flooring on the ground level. A very simplistic décor, including a teakwood entertainment unit and a white sofa set, adorns the living area, while the dining space has a six-seater table with two white upholstery chairs, a wooden bench on one side and two wooden chairs on the other, perfectly matching the overall theme of the house. A beautiful hanging chandelier illuminates the spot.

This is another corner of Diljit Dosanjh’s home. With cream-coloured walls and white windows, this part of the house is on the first level, overlooking the boundary of the house and the bright blue sky.

A number of videos that he shot for social media networks, were shot in his kitchen, which has an all-white décor with white granite. The kitchen, located next to the staircase, has an open layout with a mini-island in the centre.

Next is the mini terrace where Diljit Dosanjh shoots most of the materials that he posts on Instagram. There is a sitting area along the black railing, giving it an old-world charm in a modern building. With a lush green view, there is no doubt why this corner is his favourite spot in the house, second only to the kitchen.

See also: All you need to know about Elon Musk’s real estate assets

Diljit Dosanjh also has a dog named Rambo, which can be seen in most of his videos, napping beside him.

Reportedly, Diljit Dosanjh also owns a private jet which he bought in April 2017. He uses his own private jet for his overseas travels. Apparently, during the lockdown, he travelled from Mumbai to USA in his jet.

As Dosanjh is shooting for his next video overseas, he took a mini vacation on the sets where he was seen chilling on a hammock.

Where does Diljit Dosanjh live now?

Diljit Dosanjh is mostly on tours and as a result he has to spend a lot of time overseas in his California home.

Does Diljit Dosanjh have a private jet?

Does Diljit Dosanjh have a home in the US?

Diljit’s home in the US is a double-story duplex that includes a living room, dining area, an open kitchen and a mini terrace.