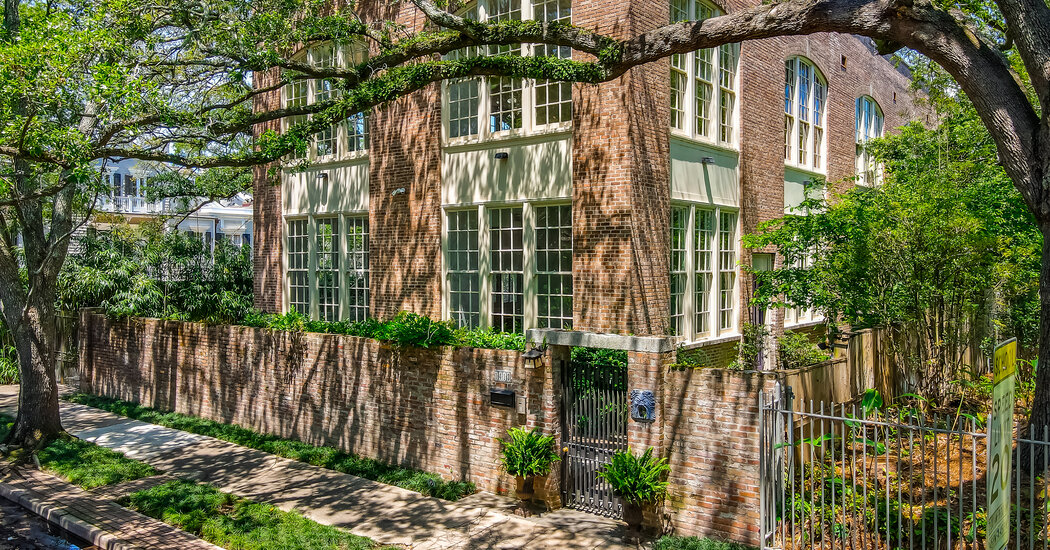 A midcentury-modern apartment complex with three units and a total of six bedrooms and four and a half bathrooms, on a 5,515-square-foot lot

Craig Ellwood — a self-taught architectural designer who broke into the big leagues when he was commissioned to design three Case Study houses — completed this wood, steel and glass complex in Hollywood in 1953, for Roy Maypole, a television news broadcaster. Known as the Courtyard Apartments, the property was intended as multifamily housing from the start and took first prize in the collective housing category at the São Paulo Art Biennial architecture competition in 1954. In 2015, it was designated a Los Angeles Historic-Cultural Monument.

The complex is in central Hollywood, two short blocks north of Sunset Boulevard and the historic studio production lots that are still in operation there. The Hollywood Freeway is half a mile east, and the Metro station at Hollywood and Vine is about the same distance northwest. Two of the three units are currently rented.

Indoors: Mr. Ellwood designed the complex as a cube divided into four two-story units, each with two bedrooms, one bathroom and a private, walled courtyard opening to the living room through an entrance of sliding-glass doors. At some point, the back-to-back units A and B were combined, and in 2010, that double unit was renovated by its then-tenants, an architect couple, into a two-bedroom, two-and-a-half-bathroom residence with a den, family room and rear garden.

But whereas the two single units (C and D) have the original pocket kitchens — with minimal counter space and suspended upper cabinets with black-and-white sliding laminate doors — the renovated kitchen in the double unit includes a long, U-shaped cabinet with a marble countertop. In the conjoined apartment, the kitchen has been removed from what is now the family room, but the fireplace remains. Upstairs, where the flooring is cork, the landing area has been turned into a lofted den and the bedrooms occupy either end, with two hall bathrooms and a closet with laundry facilities between them.

In the living room of unit C, the interior wood siding has been painted red, but the brick has been left in its natural state. In unit D, the brick is painted white, and the accent color is blue.